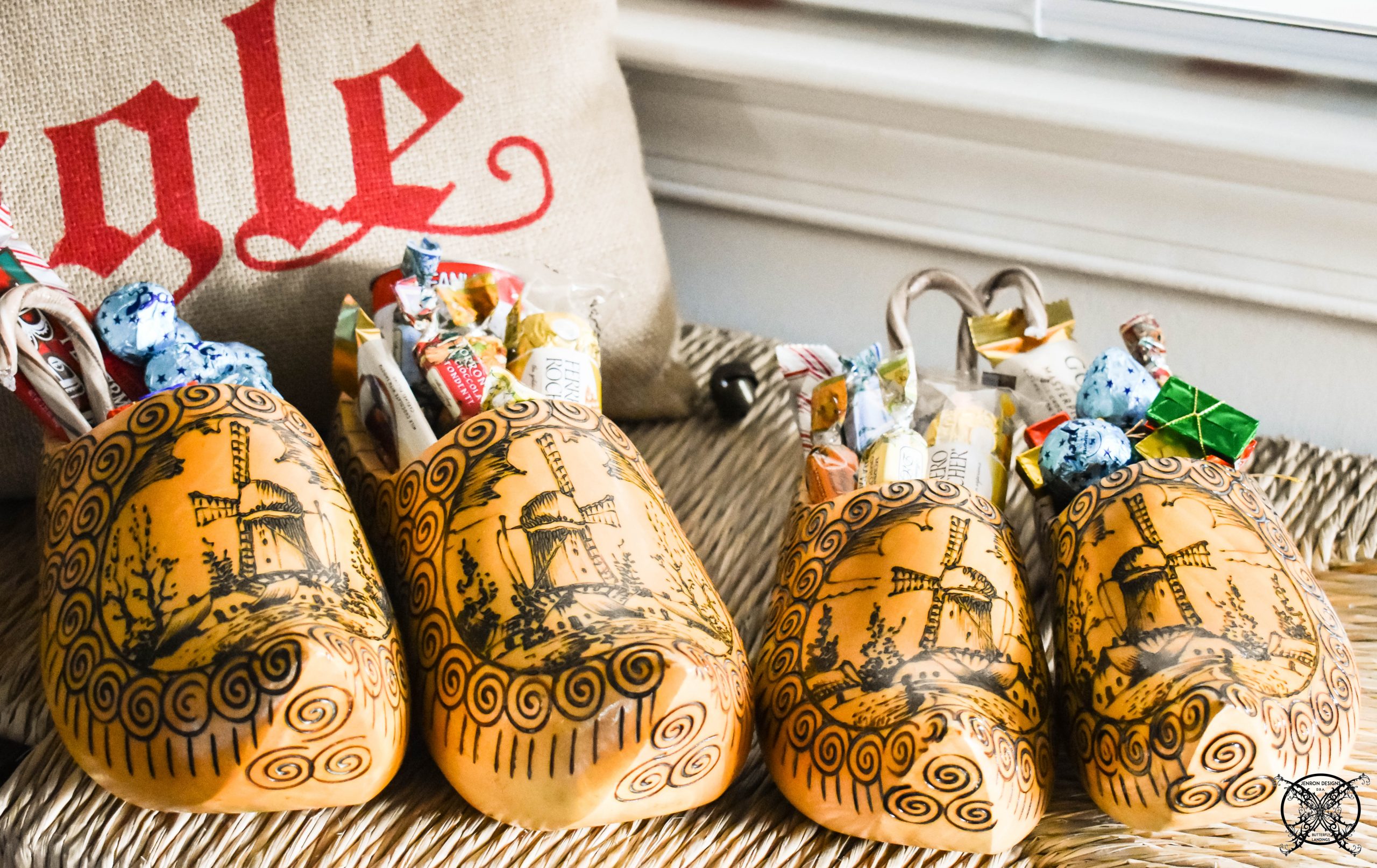 See how we are Celebrating St. Nicholas Day this year and find out why we made it a family tradition.

This year we decided to share one of our holiday traditions in a little more detail with how we are Celebrating St. Nicholas Day. You see I have a mix heritage with a strong footing in the eastern European regions and my ancestry reveals there is a fair amount English, Irish and some Dutch in there as well. Ironically I am also born on St. Nicholas Day, which is December 6th, and have always had a devot love for all things Christmas. I also carry the middle name of Nicole, which was to be Nicholas had I been a boy. 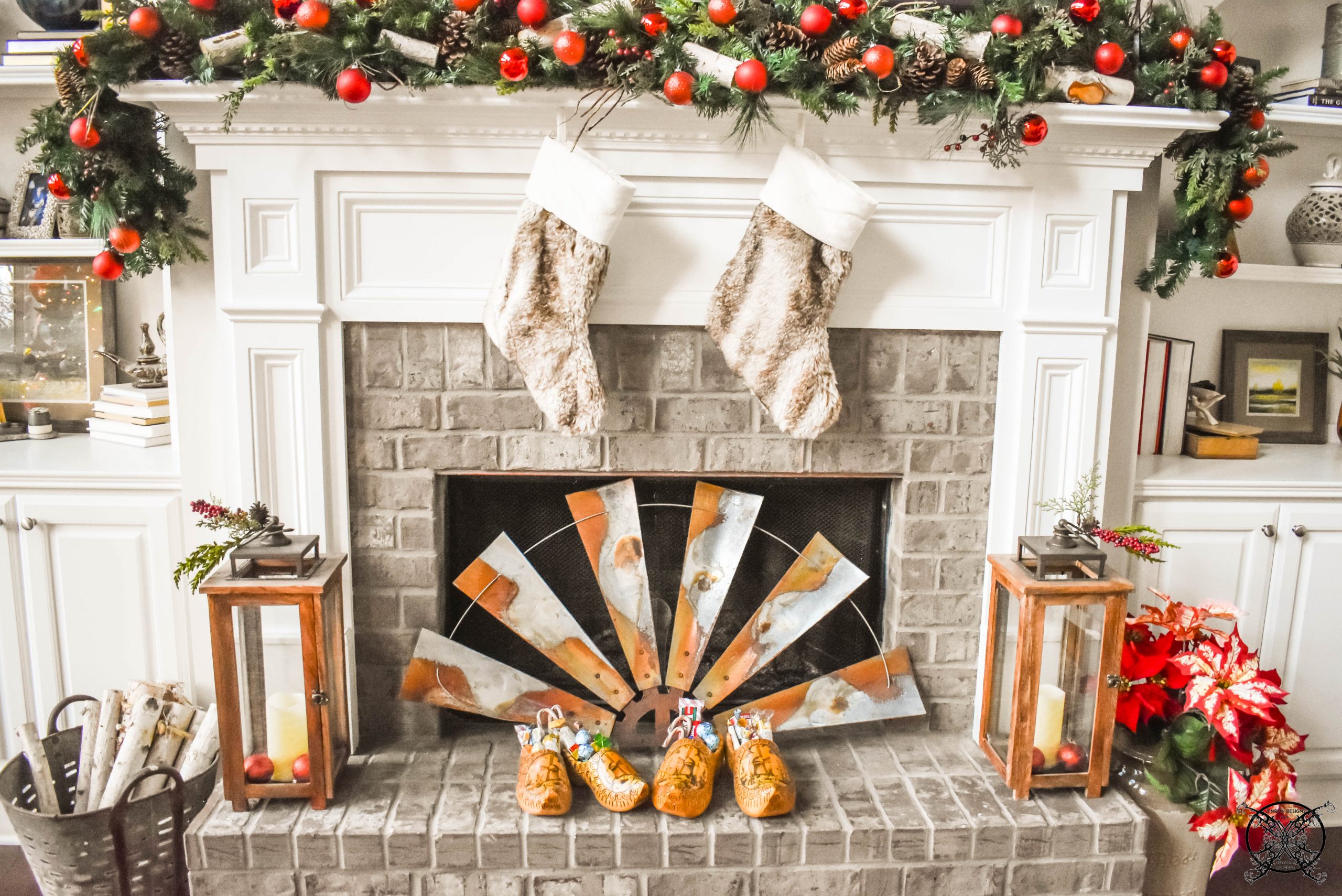 Over 40 years ago my sister and brother in-law purchased me a sweet little set of wooden dutch shoes, while on stay in Europe. They brought them home to me for the holidays and my birthday, seen below frosting and all. At the time, I could actually wear the shoes, not that the wooden shoes were particularly comfortable, but I did take them to school for show and tell at school. Afterward, my mother put them away for “safekeeping” until I was able to better appreciate them, which is why they are still in such great shape today. Thanks Mom! 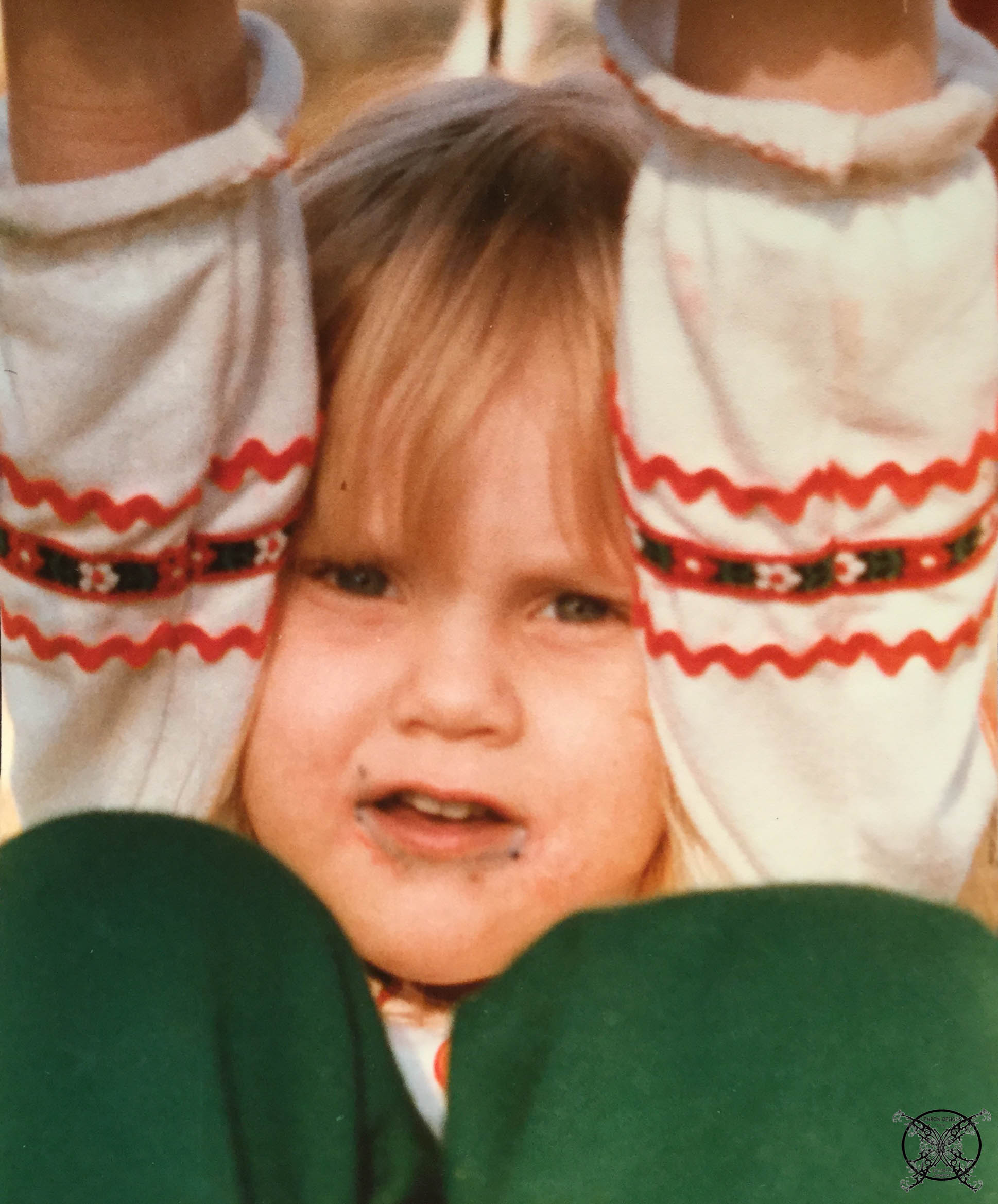 I put my set out every year for Christmas and this year I lucked up on a larger pair in the same exact pattern while antiquing! What a shock, and they were a perfect match to my little set. I took it as a sign that I had to buy them for Ron. Since I do put my shoes out every year, but we have never really celebrated St. Nicholas Day, since he did not actually have a pair. We opted to fill our stockings on Christmas Eve instead, but now I could actually start celebrating St. Nicholas Day, for my birthday! 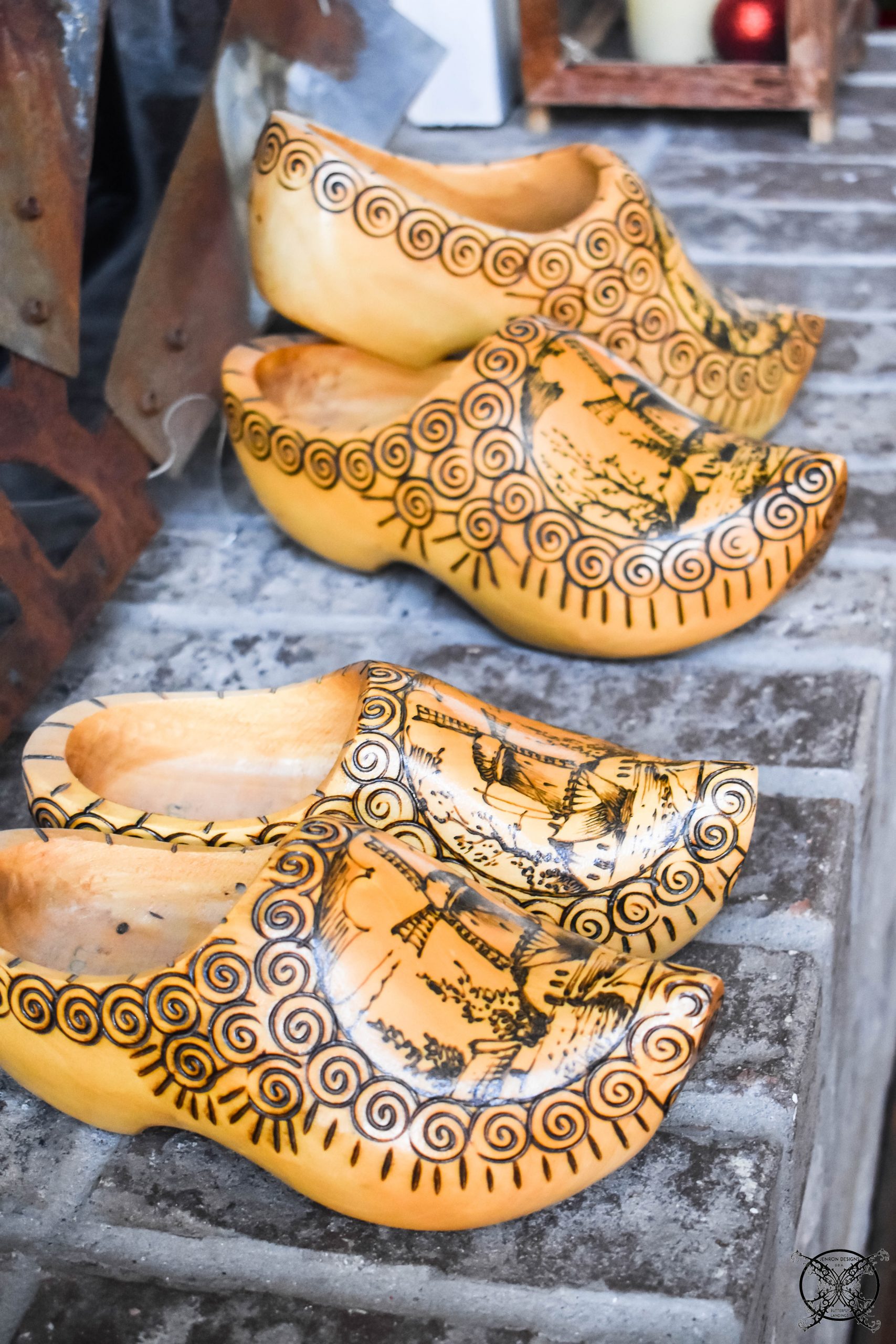 While there are several versions of the tradition, the one I always knew was that you placed your wooden shoes by your door on December 5th for St.Nicholas to fill with coins and treats. St. Nicholas’ Day is derived from Saint Nicholas of Myra, who served as a bishop in the fourth century. Saint Nicholas, also widely known as Sinterklaas, is a giving figure, caring for children in need, struggling families, and the ill. He was also known to leave coins in people’s shoes and give surprise gifts throughout his lifetime, or so the legend goes. 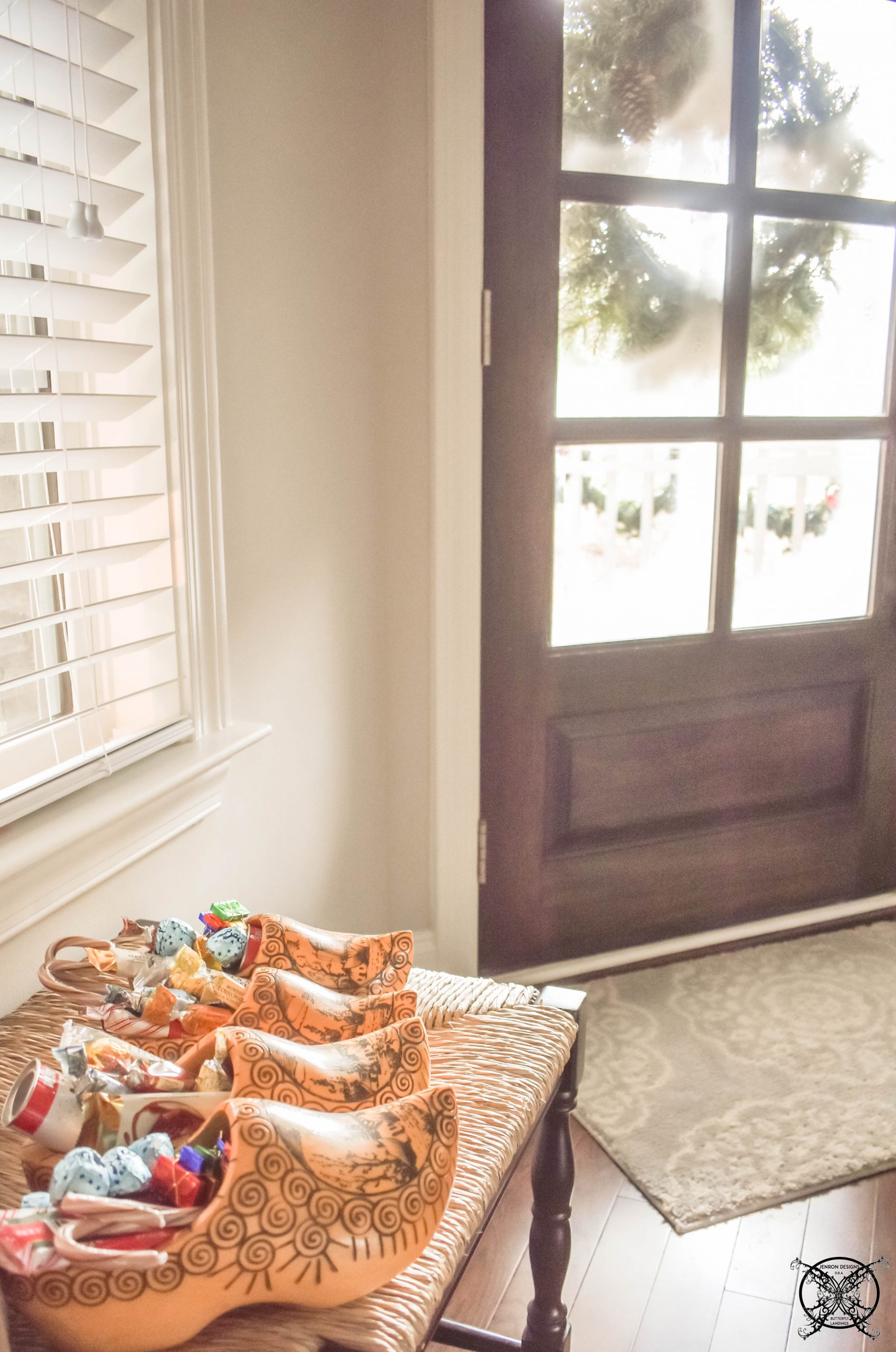 Saint Nicholas is viewed as a patron of more than just children and the needy, he also protected young unmarried women. One story of Saint Nicholas tells how he once provided a poor man with dowries for all three of his daughters, ensuring they could marry well instead of entering into prostitution. Which is where the coins in the tradition of gold coins in the shoes actually started. 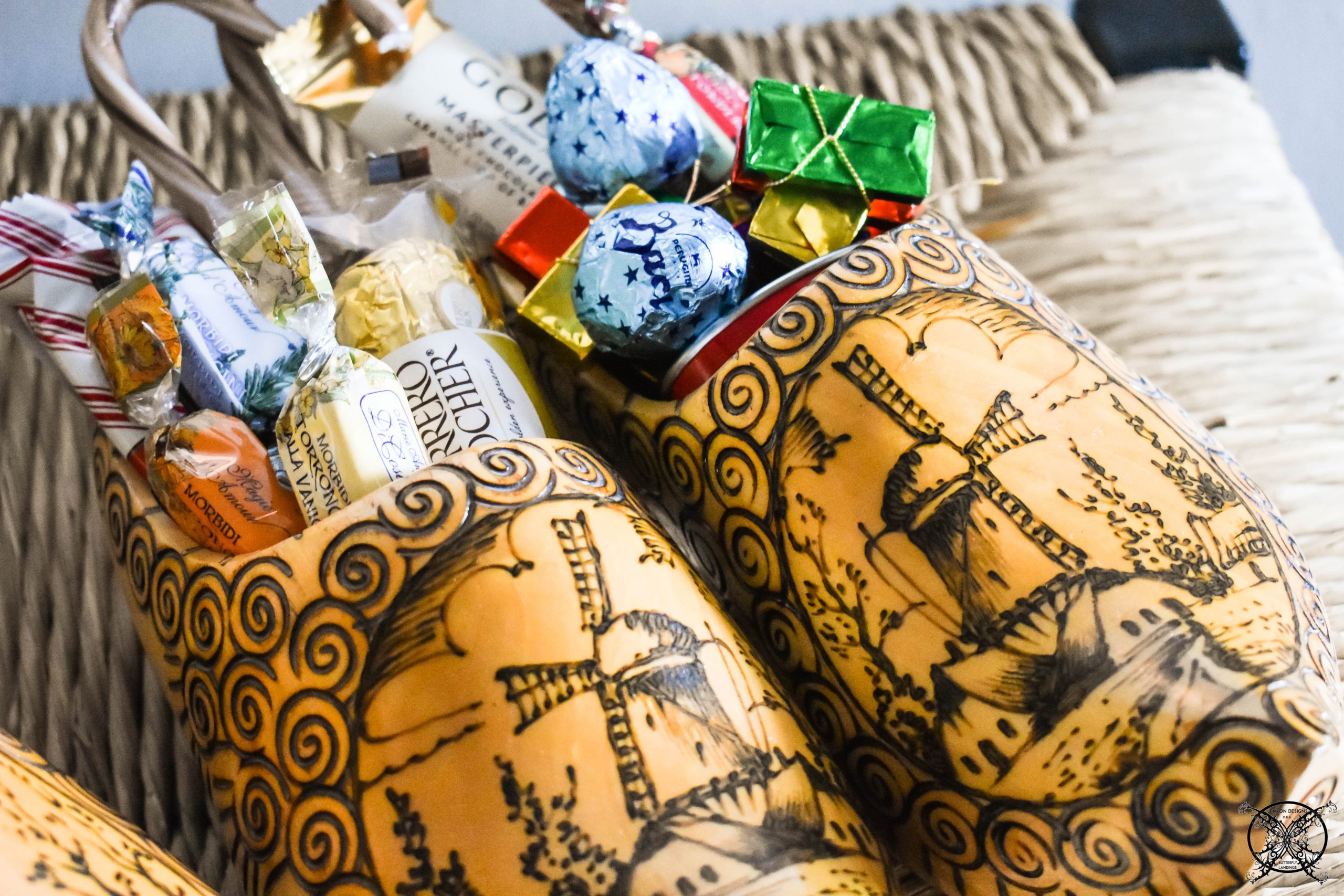 So by keeping with this historical tradition we filled our shoes with chocolates from around the world, all available at World Market, and we made sure to add in a few chocolate coins and candy canes of course, which represent the bishop’s staff of St. Nicholas. 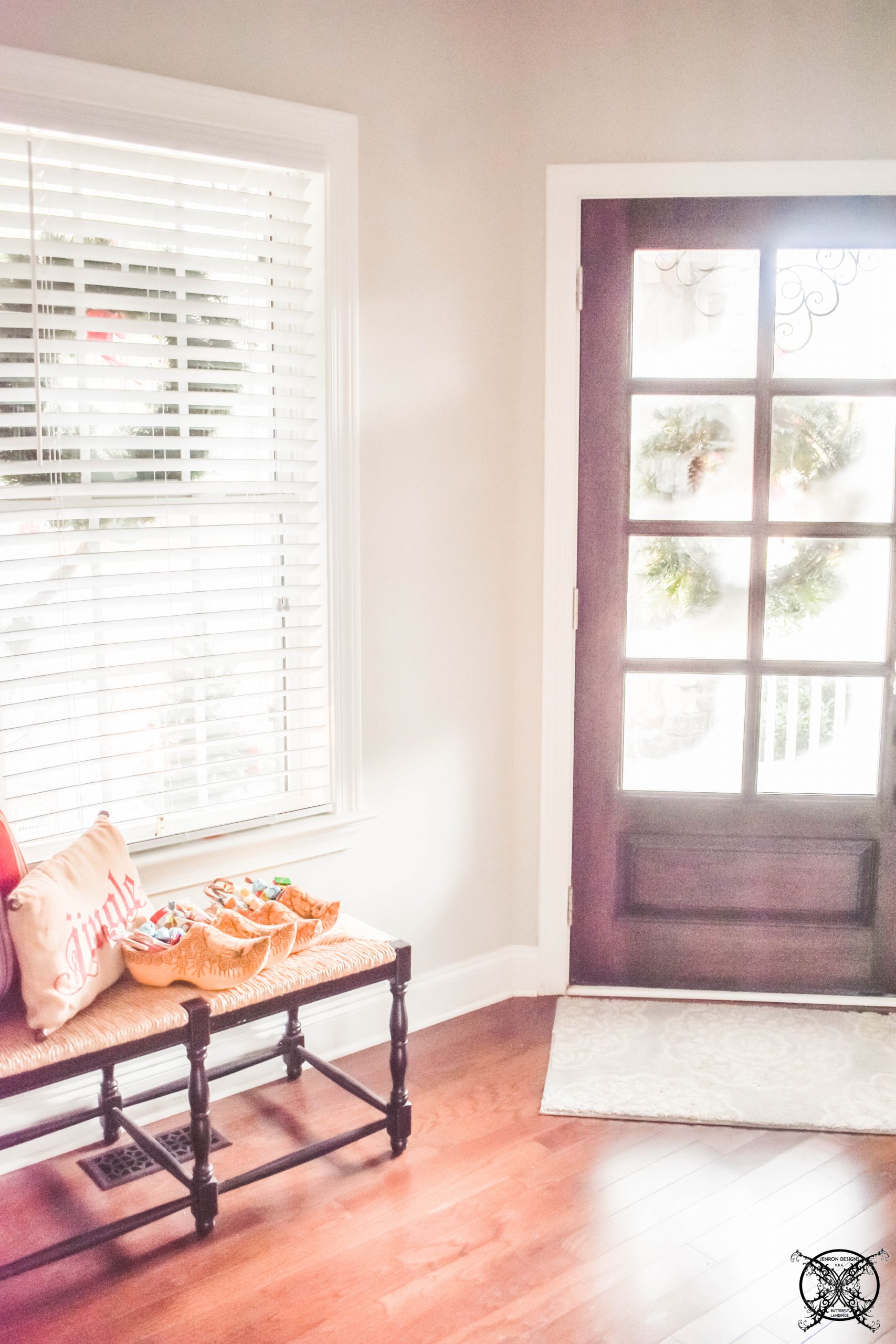 What about Krampus? Well, for those of you that have children that have “stopped believing” in Santa or even the cheery tattle tale little Elves that sit on the Shelf. Keep in mind that little German children had real fears about a demonic horned, and cloven foot creature that dragged their souls to the underworld if they misbehaved, known as Krampus. Honestly, I am thinking we may be missing the boat on this one folks, because those Elves are just too cute, and the kids know they are not in any kind of real trouble, but they might think twice about Krampus, even if they choose not to believe in Santa. LOL! 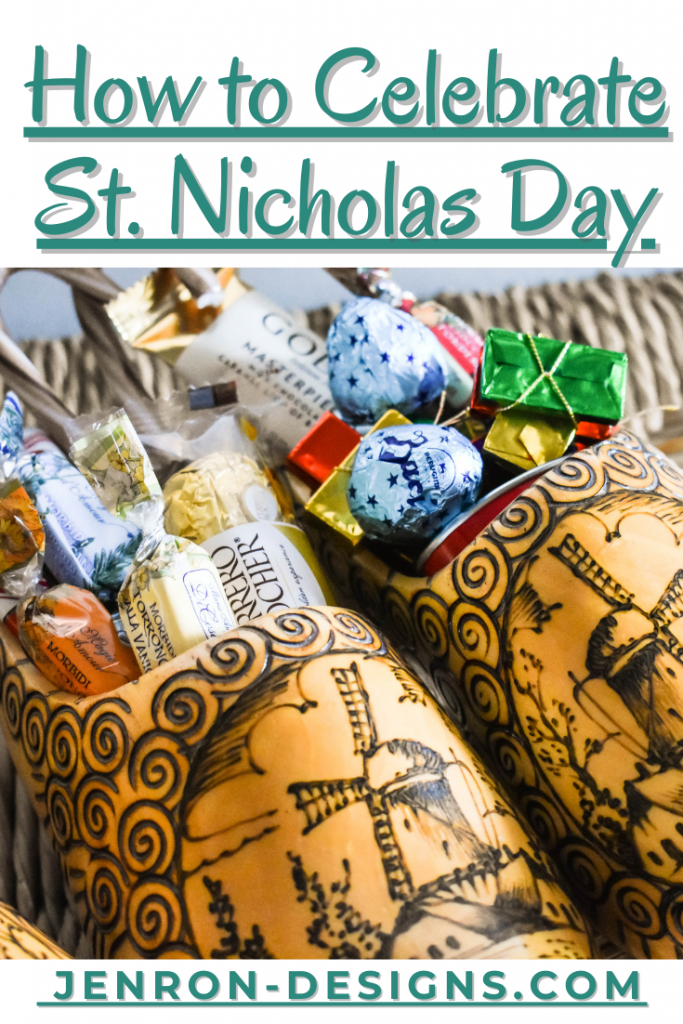 Tips for browsing the site, you can easily search subjects with the KEYWORD SEARCH cloud below: For Example, Click Recipes to peruse my ever growing recipe box for all of our favorites. Cocktails for some of our best libations to celebrate any occasion. See pretty decor ideas in Valentines and Easter; or select Organization for DIY’s to get you all set to take on 2023!